Surfing in Maldives is a dream of Every surfer in the world.

Many people consider surfing in Northern Male when they come to Maldives. It’s because North Male is near by from the international airport.

The waves in this region are really beautiful. .

The Northern Atolls are further divided between the North Male Atoll and the South Male Atoll, both offering pretty good lefts and rights with some of the most popular and more internationally known breaks including Jailbreaks, Sultans, Ninjas, Chickens, Pasta Point and Lohi’s.

The waves are best in the spring and summer when it’s anywhere between two to eight feet. 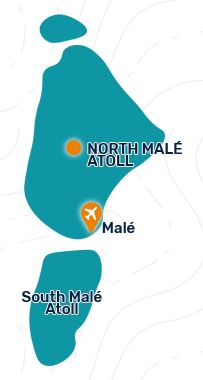 Below are the different surf breaks in each region

The Southern Part of The Maldives is One of The Best!

IF you’re looking to catch some

Really incredible swells in the

Most blissful settings, the Maldives

Has stunning surf spots to choose from

The best thing about Huvadhoo is that all the surf breaks are nearby.

You don’t have to travel 5 hours to reach to the next surf break. All the breaks in Huvadhoo are half an hour away unlike in Malé region.

Huvadhoo is not only filled with amazing surf breaks but it’s also filled with tons of sandbanks!

In Malé region, you have to travel 5 hours to go to a sandbank while you can locate 5 to 8 sandbanks with a distance of 20 to 40 mins.

There are both, big and small sandbanks.

While most of the atolls in the entire Maldives have their prime season between April till September, South Atolls have a more extended season from February till November.

Some say that the best conditions occur between February to April just before the southwest monsoon begins and also from September to November when it ends.

From May to August there can be wind issues on the south facing spots but that’s when you motor to the east facing part of the atoll where there is more protection.

The east facing breaks will still have plenty of size as this is the peak swell time. 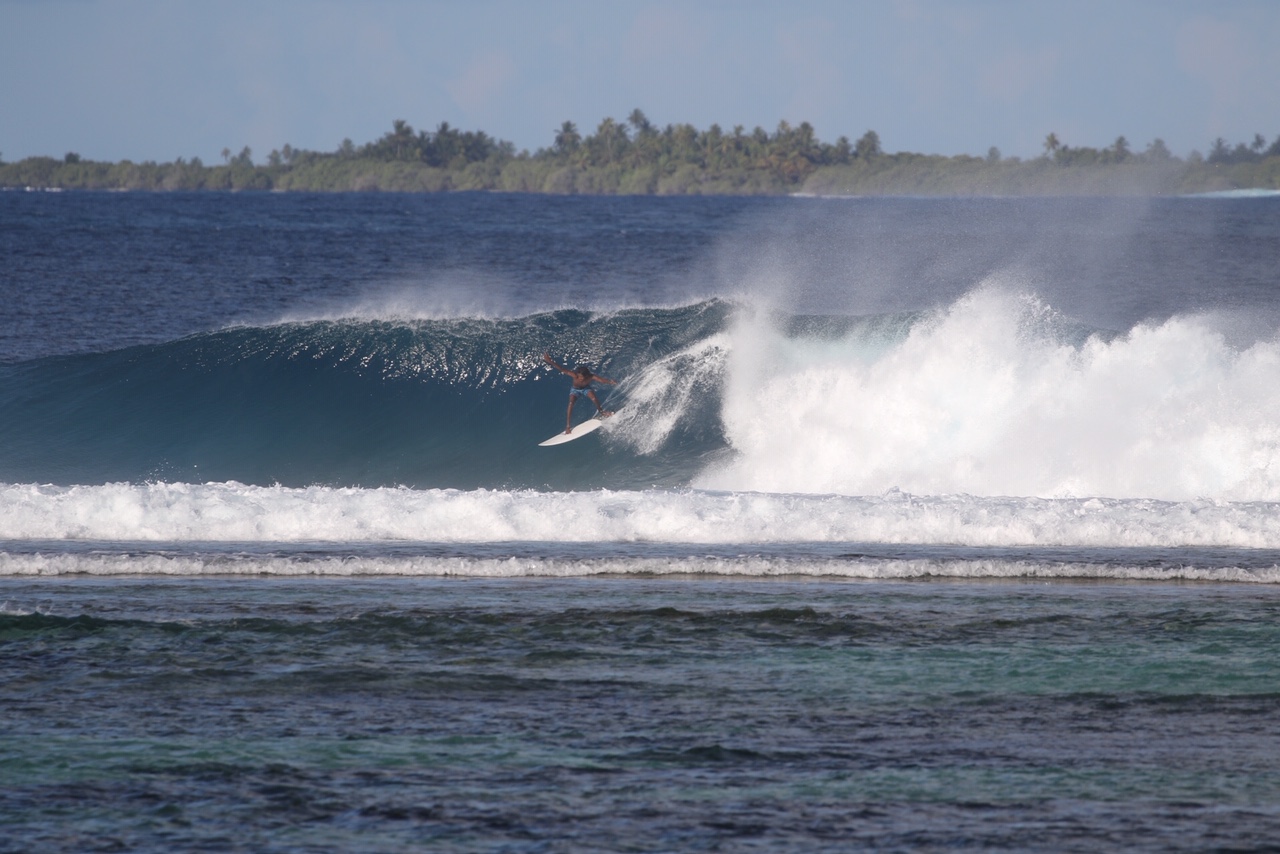 This is one of the most remote areas on the planet where charter boats are the only form of access, making this an exclusive and relatively expensive surf trip.

Gaafu Dhaalu Atoll (also known as the Huvadhoo Atoll) is generally known to have the best conditions for surfing in the Maldives because it picks up more swell than any other atoll in the Maldives and from every direction and offers the greatest quantity and variety of spots.

To almost every island on the outside of the atoll you will find one or two breaks.

There is everything from barreling and hollow walls to soft and never ending playful waves.

There are over 10 surf breaks in Huvadhoo. Guests can travel from one break to another to try different breaks

The best surf spot in the South Atolls of the Maldives are:

If you don’t want to surf the lefts in Tiger Stripes, then you head up to Antique’s rights.

This is considered to be a second choice wave which is always a couple of feet smaller and way more forgiving than the lefts.

Advanced surfers only! Not like much of Maldives’s waves, this one has an unforgiving shallow reef.

Just remember that SW swells will break down the reef, but a SE swell will create peaks slamming straight onto close-out sections of coral.

A very long right-hander, very exciting especially at 4 to 6 feet and protected from SW-W winds.

Blue Bowls is a favorite surf point in the Maldives, not only because it’s a long and smooth right hander, but also because of the opportunity to meet the local people of Vaadhoo island and do an island hopping. 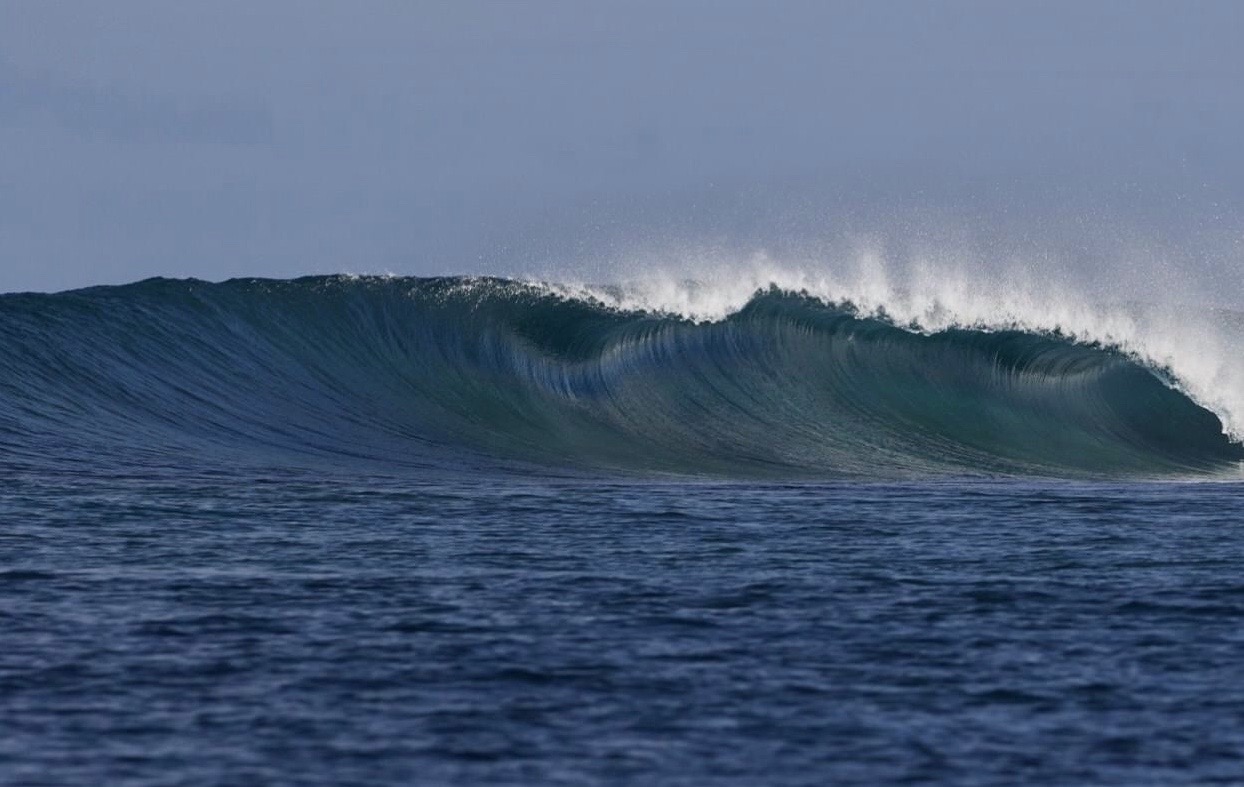 This wave is surf able all the time, all swells, all tides and all sizes. It is a good length for an easy ride and nice sections for some moves. 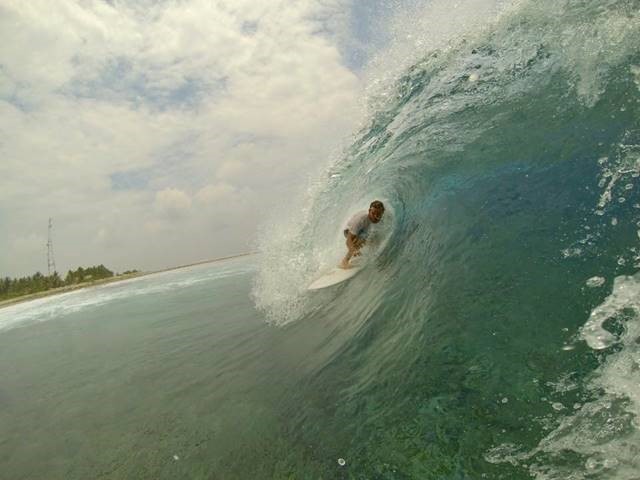 Is a soft right-hander that can be surfed on all tides but better surfable in high tide when the swell is bigger than 4 feet due to its shallow reef.

Just like Beacons, it gets good with N wind. Surfing here is the idyllic setting of the Maldives with plenty of marine life around and an isolated island just in front of the line-up.

Another right-hander, protected from the south-south west winds.

A hollow wave that that breaks hard on shallow inside reef and so it’s better surfed at mid-high tide.

This is maybe the wave that handles the biggest swells at all tides. 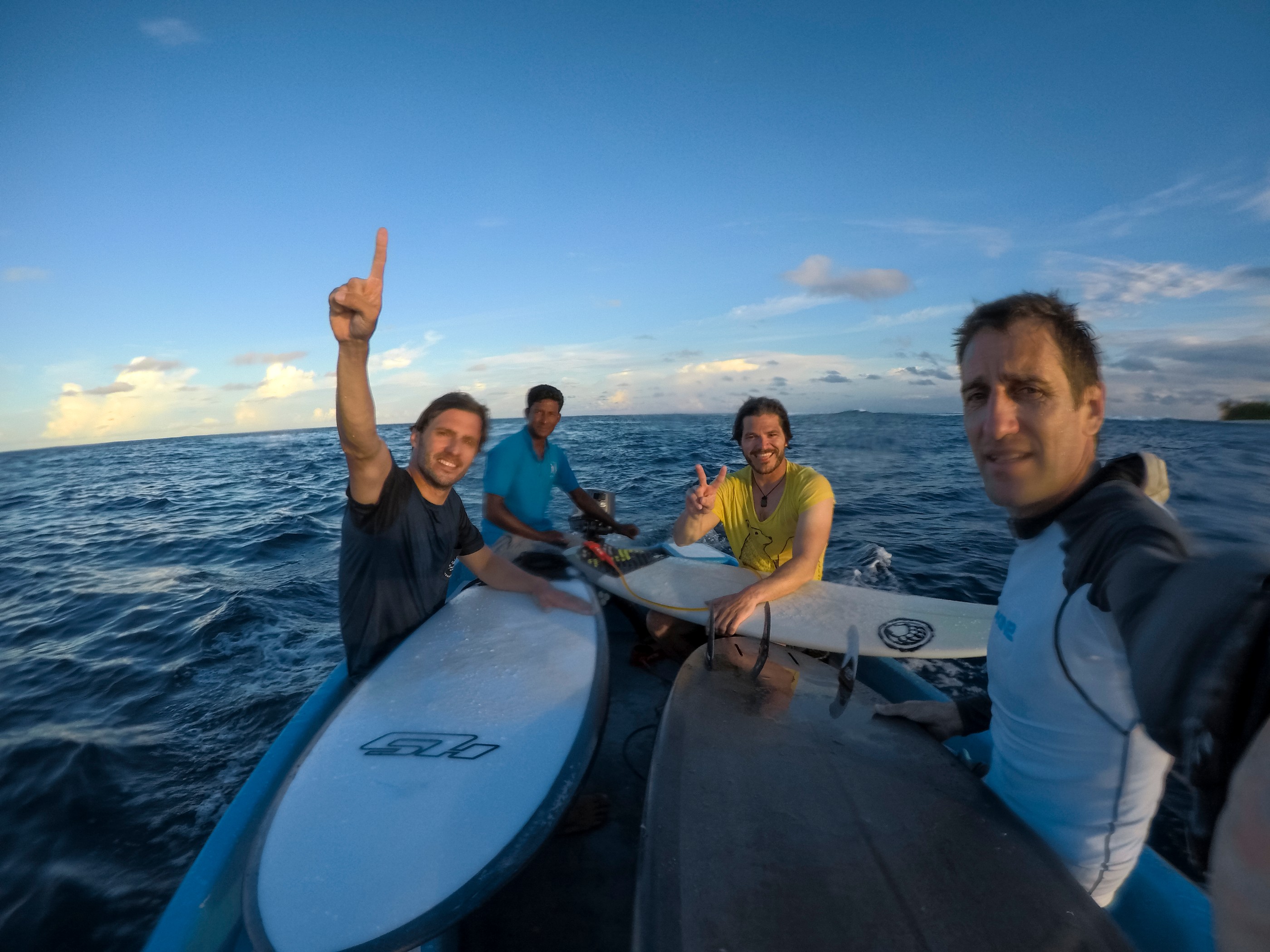 Right next to Two Ways, there’s this very consistent left hander, working on any swell size.

This wave can be surfed at every tide and handles different wind directions but best conditions occur when it’s small size, low tide and E winds.

Beautiful long wave with two sections: take-off on hollow wall and some little nice tubes at the inside section.

A fun left-hander, not very hollow but with long workable walls and a complicated take off into a long speedy wall before presenting an inside tube section that gets smooth and breaks out easily in the channel.

It’s mostly famous for consistency, Tiger Stripes is the type of wave that you can always count on to perform if there’s a swell.

It is an easygoing and interactive wave, handling all stages of the tide and any variation of southerly swells.

It normally ranges from two to eight feet in size, but is definitely better the bigger the swell—a prime option when everywhere else is closing out.

Very consistent and can be surfed at all-tides. Best conditions with west-north west winds. This is a simple and neglected wave when small but can be really challenging in strong swell.

This is a right and left-hander but the rights tend to be better, funnier and longer. It’s not hollow and it needs a big swell to reach perfection.

So, this is one of favorite waves within intermediates. Fun, peeling, long walls with a bit of depth to the water.

A left hand located on the south side of the bay that may be the right choice on those days of small swell. You can expect short but fun rides.

Madihera. This could be considered a spoiled wave as it picks up a lot of swell but it needs a very specific set of conditions to be surfed.

In the right wind directions it offers a fun lefthander with 2 sections and several take off points.

The waves start breaking in deep water and provide some heavy barrels on certain spots of the reef.

The bottom of the reef is a bit rough which makes the wave funny and changes from heavy to soft in just a few meters.

A new resort built in Viligili island named this wave.

On small clean westerly swells, you can find a funny right hand reef-break wrapping along the east coast of the island.

Book a Surf Trip in the Maldives on Horizon II.

Blue Horizon Maldives is the Oldest and most Experienced liveaboard comapny in the Maldives offering the best Surfing in Maldives experiences to the clients for over two decades.